Some people quote the adage,”It’s not the destination but the journey.”  Well some journeys go horribly wrong. It happened to us on Thursday. We packed up our tent at a camp just outside Dover so as to get to the ferry in time as well as return the hire car. The lady at Budget had given me clear instructions on how to get the car to the right level of the car park. We entered Eastern docks headed to the car park only to find it blocked off. Traveling further we passed an unattended French customs booth (in the UK) and found that all lanes led to ferries. Panic set in. I stopped a hiviz vest worker and he suggested a route. That seemed to get us into further relentless one way lorry traffic. Finally after asking about 6 different people at 6 different points I got the car to the car park which turned out to be just a few metres from the original entrance. My wife was most surprised that I had asked for directions ( she calculates) a dozen times.

THEN after a smooth and eventless Channel crossing, we met our Peugeot rep. He passed on the car after explaining its bells and whistles. He did add that it had very little fuel so the first thing we should do is buy some diesel. So using the GPS we asked it to take us the nearest petrol station. We faithfully followed its directions onto the freeway. “Take the next exit.” Problem. It’s is fenced off with a high security fence and razor wire. The further we travel the fences continue, left and right. Police patrol every few hundred metres. Next problem, the only place that this road goes is onto the ferries and I find myself in lane marked for “trucks only!” I stop, surprise and shock my wife again, and ask two non English speaking French policemen how I get out of this mess. They wave me towards the open jaws of the ferries. Finally I see a black man in a hiviz vest. Is he an escapee from an illegal camp or the real deal. He shows me where I can do an illegal turn and pretend to be a lorry leaving a ferry. It took about half an hour but I think the morning took years off my life I can little afford.

On this occasion I was quite happy to forget about the journey and just reach the destination.

A couple of years ago I was mesmerised when an archeology team from Leicester discovered the possible remains (later confirmed) of Richard lll who was killed in Bosworth field in a battle with the person who would become Henry VII.

Yesterday my wife and I visited the new Richard lll visitor centre and the Cathedral. The visitor centre tells the story of Richard and explores the historicity of some of the conspiracy theories about him. It attempts to redress the Tudor flavoured imbalance that Shakespeare used to write his play. The story of Richard is told as well as the story of finding him and the scientific processes involved in proving the bones authenticity. The carpark from which the bones were excavated has also been made part of this centre. In all it has been tastefully done.

Across the road in the Cathedral you can see Richard’s new resting place – a simple block of stone with a cross cut into it has been placed in the area where the choir stalls had been previously. The cathedral goes to great lengths to remind people that the cathedral isn’t about Richard but rather the gospel of Jesus Christ. However it still uses the attraction that Richard creates to remind visitors of its first priority.

In all I was impressed with the tasteful way in which it has been done. It is not overblown or disneyfied. If you like history  a visit here will not disappoint. 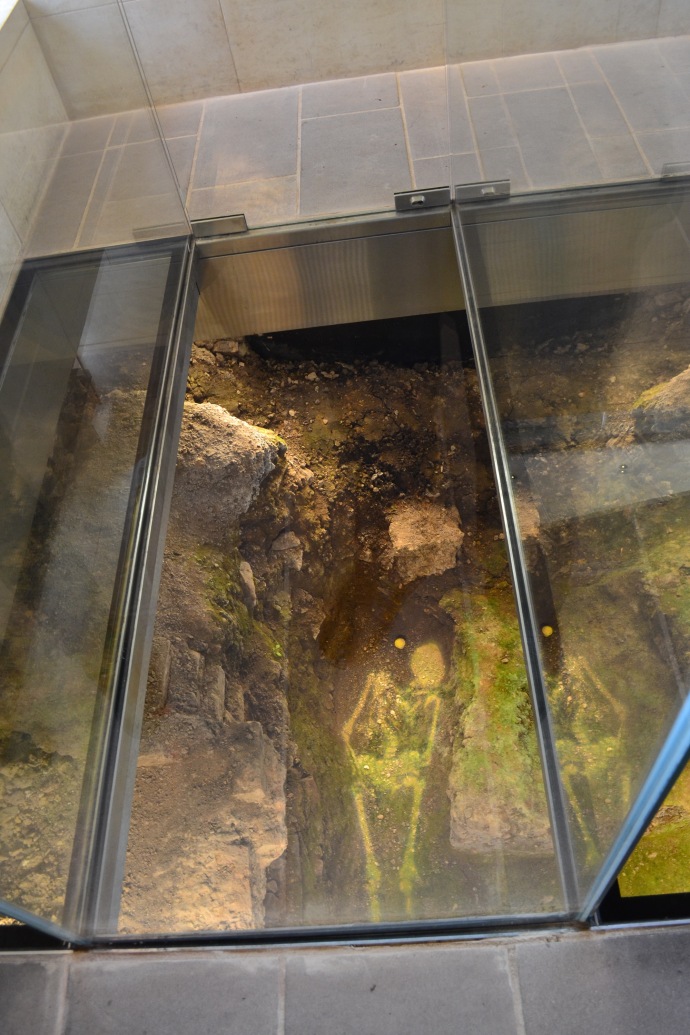