In western societies we are to be tolerant of everything and everyone … except Christians and Christianity – in particular those of the conservative/evangelical variety. 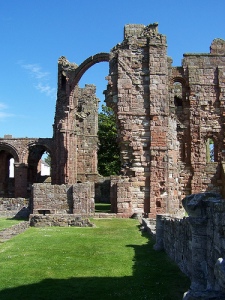 Will Our faith Survive The Onslaught?

This was brought home to me in last night’s edition of Q&A on the ABC. The archbishop of Sydney spoke graciously and reflectively on a host of issues including homosexuality, same sex marriage, asylum seekers, marriage vows and the like. However, when he put forward, what I would call, conservative evangelical values he was howled done by a number of the panelists.

Even when Peter Jensen simply posed a question along the lines of the life expectancy of gay versus straight men, he was told in a variety of ways that this was not an appropriate question. Questions for considered reflection have been found offensive. The issue isn’t whether we agree with archbishop Jensen or not but whether Christians are permitted to put forward views and ask questions that do not reflect the ethos of the majority.

This is just a taste of the intolerance that people of the Christian faith will increasingly encounter in times to come. We had better get used to it.

But it hides a bigger question: if we, adults, find the going increasingly tough, how well are our children prepared to stand up for their faith and to withstand the scorn of many around them?

Last night’s discussion reminded me that home, church and Christian school have a monumental task in training and preparing our children. That is, we need to give them strong Biblical foundations but also the where-with-all to defend the faith and articulate clearly, in a sceptical world, a Christian vision for humanity.

On many occasions in the Old Testament we are reminded that we are not just training our children but also preparing the groundwork for our children’s children. This is a serious task we are all called to put our faith, hearts and minds toward.

The name in the title may not ring a bell but for those who are my age and older the debate he and his colleagues started will. In 1961 he wrote The Death of God: The Culture of Our Post-Christian Era. This started, the poorly named, “God is dead debate”. We may not have always liked the answers but many of the questions he and his colleagues raised are still important and in a real sense were a portent of the era in which we now live.

The following is his obituary from the NY Times (via The Age):