Well! Last night was interesting. The winds picked up over night. Trying to sleep in the tent was like sleeping between the rails with a freight train passing over the top. The tent survived and so did we. Hetty had no trouble sleeping. She slept on her good ear. Later we heard that a number of boats had broken their moorings in the strong winds.

We went to City Light Church in Kingston. Pastor Bernie Hartog asked the question, “What if there was no resurrection.” He used 1 Cor 15 as one of his texts. Then he followed on by showing the centrality of the resurrection in the Christian life. It was a great service and the congregation was friendly.

Fred and Tineke Hartog invited us for lunch. It had been a long time since we had seen them both. We exchanged family happenings as you do when you meet old friends.

After lunch we headed to the Tahune Forest. We walked through the rain forest alongside the Huon River. Tonight we are camped near the Airwalk and hoping there are no freight trains nearby. 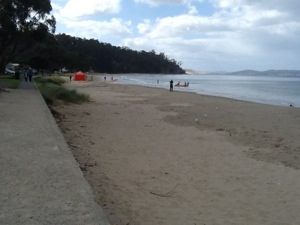 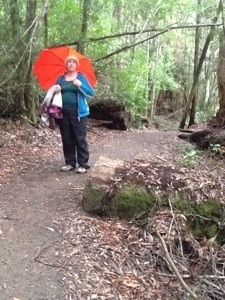