When we got up this morning the sky was dull but we had enjoyed a very restful night in the stillness of the Tahune forest. It is a bit like being locked in a Zoo at night. There were only a few campers in this vast forest.

We drove to Ida Bay south of Southport where we caught a tiny train originally used for mining. It runs on a 2 foot gauge so comfort is not a consideration. However, it is unique! At the end of the line we walked for over one and a half hours to the Southport Bluff Beach. We traversed button grass plains, scrub, forest and dunes. At the bluff there was a magnificent panorama of the Hartz mountains to the west and the southern end of Bruny Island and the coast to the east. We had lunch and trudged back to the train.

Tonight we are in Dover. Apart from someone firing a shotgun in the distance all is very quiet.

Tuesday
We left Dover and drove along the coast road to Geeveston. This drive along a spectacular coastline reveals wonderful vistas of southern Tasmania. It is not highlighted on any tourist map that I have seen. Maybe the locals want to keep it this way.

After a visit to the Geeveston Forest Centre which promotes the idea of balance between wood use and forest conservation, we went to the Wooden Boat Centre in Franklin. This little enterprise trains people in building wooden boats. People come from all over Australia and the world to do this course. The Centre’s aim is to pass down old skills as well as preserving heritage boats.

As a Christian I found it intriguing to listen to the evangelical zeal the man who showed us around the boat shed, had for his mission in life. I quietly wished that Christians would have the same enthusiasm about their own faith. This man’s love and passion for wooden boats was unmistakable.

We then headed through Hobart and travelled to the Tasman peninsula. The devastating effects of the recent bush fires was plain to see. It is sobering to think that the same rugged beauty of the bush can turn into ugliness very quickly. Rebuilding and focused energy on the task of re-establishing homes and businesses was evident.

Tonight we are camped in a National Parks campsite at Fortescue Bay. The camp s primitive but the locale sublime. Tomorrow we plan a walk to Cape Raoul. 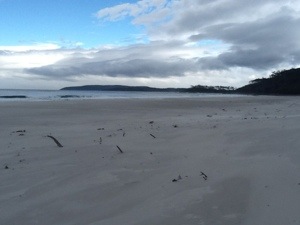 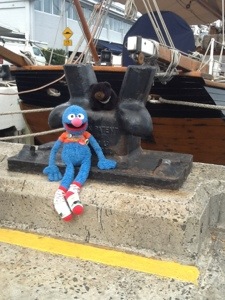 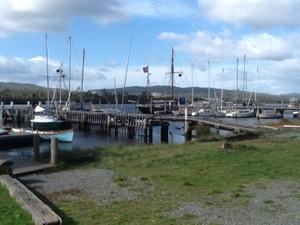