Three Glimpses of England’s Christian Past 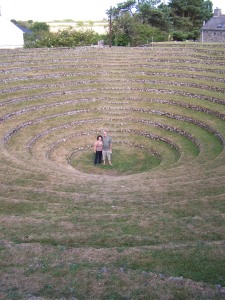 Gwennap Pit is an open air  “church” where John Wesley preached in Cornwall during the late 1700s. Many thousands would flock here to listen to him preach. The depression was caused by mining subsidence and was shaped into an amphitheatre. 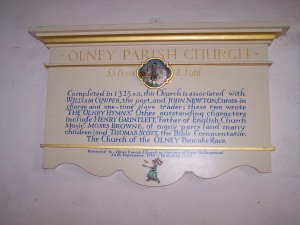 Plaque in the Parish Church - Olney

John Newton, the writer of “Amazing Grace,” was a curate in Olney in 1779 when he wrote his famous hymn. He had grown up listening to Charles Wesley.

The Bunyan Meeting and Museum (next door) celebrates the life and work of the writer of Pilgrim’s Progress and many other works – John Bunyan. Bunyan lived in the 1600s and established this congregation , but this building dates from 1849.