Today I want to begin an occasional series on Peter’s second letter. In my personal studies I have spent a lot of time looking at the church in Acts and Second Peter seems a natural development of that. At the time the letter was written the church had been in existence for over 30 years and issues were beginning to arise. In 1 Peter we read about persecution in and in 2 Peter the serious issue of false teachers arises – specifically false teachers from within the church.

However, let me start with a story. A friend was telling me about an issue within a church: should the pastor marry a believer with an unbeliever? The arguments have been flying thick and fast. Some say that 2 Cor 6:14 which warns against believers being yoked to unbelievers summarises what God’s intention is. Others suggest that if the two people love each other the church should be loving and gracious and see the marriage as a possibility for evangelism and outreach.

I’ll be up front. Without going into detail (which I could do very easily) I believe the Bible in the OT and NT reminds us that marriage is an institution (from a Christian’s perspective) which God has instituted and needs to be done in a way that honours His Word. In other words, believers should not marry an unbeliever. (I can sense many hackles rising). Maybe 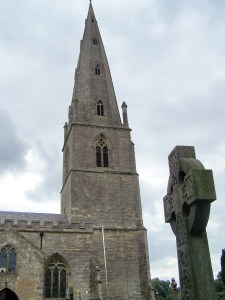 I’ll expand on this on another occasion.

In the first 10 verses of 2 Peter 1 the word “knowledge” is mentioned: knowledge of God (vs 2), knowledge (vs5) and knowledge of Jesus (vs8). The healthy Christian life is underpinned by an understanding of God and His will. To stand firm against false teaching we need to know what God intends.

Will this stop arguments? Not at all. But at least our common reference point will be God’s Word in all its fullness and not human opinion and variable feelings. In Peter’s words. we will be “established in the truth” (vs 12).

Lord willing. I will have an opportunity to unpack this further in the future.

So on to Peter.

2 thoughts on “Peter’s Second Letter and the Church Today”