Random Verses versus the Redemption Story

The Moravians, who had a profound and positive effect upon John Wesley, had a practice whereby they opened the Bible at random and pointed to a verse to seek guidance from God. Also recently I heard of a small box found at a Christian bookshop that contained verses rolled into little scrolls and a set of tweezers. The idea being that you selected a random word from God each day.

I have no doubt that God can speak to us through random Bible verses. Most of us have 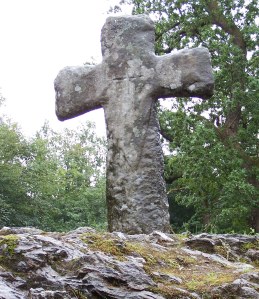 had an occasion where a line, word or thought from Scripture has come out of left field and smacked us in the head. But that is God at work. I believe when we study Scripture we should honour the text. When Matthew 18:20 speaks of two or three people gathering, it is not about us only having a couple of people at our Bible study one evening, but rather, about discipline within the body of Christ. Jeremiah 29:11 declaring God’s plans is not about cute verses in the front of Sunday School Bibles, but reflect on the hope the remnant of God in Babylon can have in His promises after the exile has been completed – a hope anchored in the coming Messiah.

I remember driving home one night and chancing upon a radio station on which a man was preaching. This being rare in Australia at that time I stayed tuned and listened. This man gave a wonderful and detailed exposition of an Old Testament text. It was accurate, solid and instructive. But something was missing. At the end of the message the announcer thanked Rabbi “So and so” for his message. The penny dropped! Jesus was absent! Jesus is the glue that holds the whole of Scripture together. He is the word in creation, he is the word promised and he is the word revealed in the New Testament. If we omit Jesus we end up with allegory and glib interpretations. Look for Jesus and the whole of Scripture comes alive with the amazing story of God!

Let me finish by saying that the Bible is essentially not about us about Jesus Christ. The irony is, the more we comprehend and apprehend that truth, the more we will impacted.

Thank you to the many people who have prayed for and supported our family over the last seven weeks. It has been greatly appreciated. Yesterday was a successful resettlement day!