Separated From the Love of God 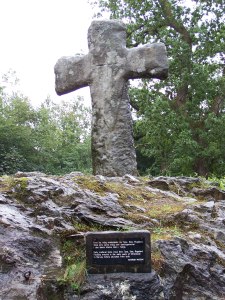 Who shall separate us from the love of Christ?  Romans 8:35

Why do I ask this awful question? Because when I look at the members of the body of Christ, including, sadly, my own heart at times, I don’t see the thankfulness, relief, joy and gratitude of people who truly understand what the love of God means. Maybe as an antidote we should reflect on what it means to be outside it; to imagine what being outside that sphere really means.

I believe such a genuine reflection would have at least two (possibly more) results. One result would be, our sometimes casual, complacent and neglectful relationship with God would be dealt a severe blow. Greater thankfulness, obedience, joy and probably, relief would be visible in our lives. We would live the Spirit filled life that redeemed people should be living – can be living. The second consequence would be a greater passion to see others saved. Understanding what it means to live outside God’s love, I believe, is a great motivator for our lifestyle, words and attitudes towards those who haven’t grasped the love of God through faith.

I know we can’t force people to believe, but living like people who know what they have been saved from should be obvious from every atom of our being. May our prayer be to live lives that comprehend the amazing and eternal love of God.

Changes I Have Seen In School

Having been involved in schools as, student, parent and teacher over 55 years there have been a huge number of changes in that time. I have listed some but I’d love to read what you would like to add to this list.

1. At Ocean Grove PS we started writing with nib pens dipped into an inkwell. The inkwell 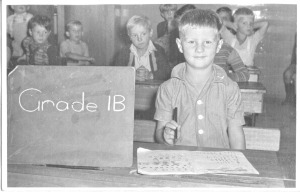 could also be used to colour tip the hair of the blond girl with long tresses sitting in front of you. I was given the highly esteemed position of “Ink Monitor”. We had to dilute the “Swan” ink towards the end of the year as the school ran out of money. Biros were introduced in grade 5. They were expensive and novel.

2. The cuts/the strap/ corporal punishment was present (and received) through all my student life. And no, I wasn’t scarred emotionally.

3. We loved smelling the pages that came from the spirit duplicator – each page just slightly fainter than the page before. Then came the photocopiers with grey photocopy paper on a continuous roll. Now we have fancy scanners and printers that rocket along – when the work. There were also ink printing machines which wrecked your clothes with their unwashable ink.

4. If I went home and was stupid enough to say that the teacher was angry with me, my dad would add to my pain. Now, woe betide any teacher who challenges the little darlings.

5. I started with a slate and chalk – now there are iPads. Technology and communication is probably the most dramatic of all the changes.

6. Nobody had heard of drugs when I went to school. In my later teens the drugs  of concern were alcohol and cigarettes.

7. Desks were not tables and chairs, they were solid (one piece) oak furniture – and if the lid dropped on your head you would be concussed for a week.

8. We had bottles of milk (1/3 of a pint) at the start of each day. If left in the sun too long it was awful. Also, being a “Milk Monitor”, (another esteemed position) who had to deliver milk to the classes and punch holes in the silver tops, we were able to get out of folk dancing and having to hold hands with girls.

9. Class sizes were huge. There must have been well over 40 students in some classes. Now 26 is considered a big class.

10. For most students family life was far more stable in days past. However, there was far less openness about abuse and family violence. As children we all knew of others who were frequently belted and everyone (including the teachers) kept quiet about it.

11. Marching into school with martial music was the fashion when I was a student. My dad, who had experienced  WW2, thought it was appalling.

12. My early school years were also in the days before central heating. I have vivid memories of the Headmaster taking a few year 6 boys out to chop the wood and sharing it amongst the classes. He even asked the boys to hold the block of wood while he split it with the axe. Today there would be all sorts of regulations about that activity.

The importance of inspirational teachers.

What changes have you noticed?