A Good Idea at the Time 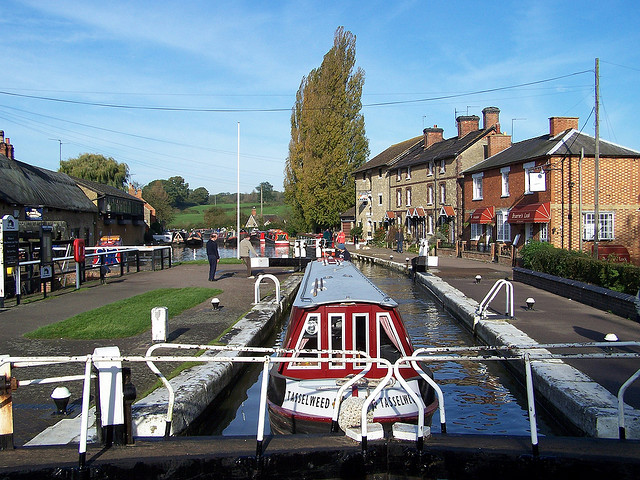 One of the first photos I put on my Flickr account was of the Stoke Bruerne Canal Museum. This museum celebrates the golden years of canals that thrived during the early years of the Industrial Revolution in England. Wikipedia states that  over 100 canals were built in the UK between 1760 and 1820. Thousands of navvies spent years digging canals and tunnels, and building aqueducts and locks.  In historical terms however, their use was short lived. The development of railways caused the quick demise of the canal as integral aspect of industrial life.

Some of the infrastructure that remains is still magnificent. Lock systems and aqueducts

remain that are a testament to human ingenuity. Yet the fact still remains, that today, the canals are either derelict or used for recreation and tourism.

The canal industry has a parallel in Church life. Think of all the  time, energy and resources we utilise when in reality, the investment is neither long term or wise? I was thinking of such things as: programmes in churches where there is no real outcome for the kingdom. Simply, “We have always done it this way.” Or what about the time, effort and person power that is expended on worship services in music and and productions? And, sadly, too often the Word of God hardly gets a mention. Even our personal lives can do with audit. Am I spending the time, resources and energy that God has given me, wisely? Is there an eternal value to what I saying and doing, or is there only a momentary value?

Are we as Christians and churches investing wisely for the future – for our own, our family’s and our society’s future?

Jesus spent three intense years with his disciples, teaching, mentoring, training, leading and modelling his message. Two thousand years later people are still challenged by it. Just maybe, we should learn more from him than we do from the men in grey suits with laptops – or the canal planners 250 years ago.

4 thoughts on “A Good Idea at the Time”